Why are interviews to famous people suddenly so memeable?

What does it take to make a meme? Besides the most obvious answer — life itself — we’re led to think that a situation that will very likely give birth to a meme is one that has been on screens since the very first era of television: an interview.

But before going deep into analyzing why interviews are becoming the cradle of memes for the younger generations to share, let us help you clarify the lingering feeling you may have that Trending Among Young Audiences could be about something else, this month.

We’re perfectly aware that one of Gen Z’s hot topics right now is #TeamTrees, a challenge launched by YouTuber MrBeast to plant 20 million trees to fight against climate change. #TeamTrees is surely having a high resonance all over the web, and it may even have become one of the largest collaborations between video creators in the history of YouTube.

Still, our mission is to bring you fresh ideas that may help you understand the young audiences and create trend-making content for your VoD/TV service, and we think that a fertile (and evergreen) field of content creation makes a more fruitful topic than a relevant, yet momentary, collaboration.

So here we are to understand why — and which — interviews are so memeable nowadays (by the way, do not forget to go check our Word of the Month below, which, of course, is memeable).

First things first, what is the purpose of a meme? Behind the often hilarious, sometimes cringey, but always viral images, gifs, and videos, there’s a powerful intent: to describe a situation or a feeling better than by using words, making a concept, an occurrence or an emotion universally recognizable.

And exactly here come the interviews, with their meme-generating power. An interview airing on TV or on a streaming service presupposes the presence of a host and one or more guests, with the host asking questions about the career and the life of the guests and the guests responding in a scripted or semi-scripted manner.

Seems too blank for memes? That’s because video interviews have recently taken a new turn: instead of having guests answering questions, they make them react to situations.

A brilliant example of this new “situational interviews” is Hot Ones, the YouTube series created by producer Sean Evans. In this series, Evans interviews TV, movie and music stars while they eat chicken wings with chilli sauces that become spicer and spicer as the interview goes by. From its inception in 2015, Hot Ones has been responsible for a wave of new, extremely viral memes: from Billie Eilish freaking out while repeating “I can’t! I can’t!” after a hazardous bite, to Shaquille O’Neal signature “chili-triggered” face, to the latest one with a snarky brief exchange between Paul Rudd and Evans himself (“Look at us. Hey, look at us.” “Who would have thought?” “Not me.”).

There is no need to stress how much the memeable components make the interviews “Gen Z friendly”. Numbers don’t lie: young audiences love them and make them viral by sharing them around and interpreting the memes. 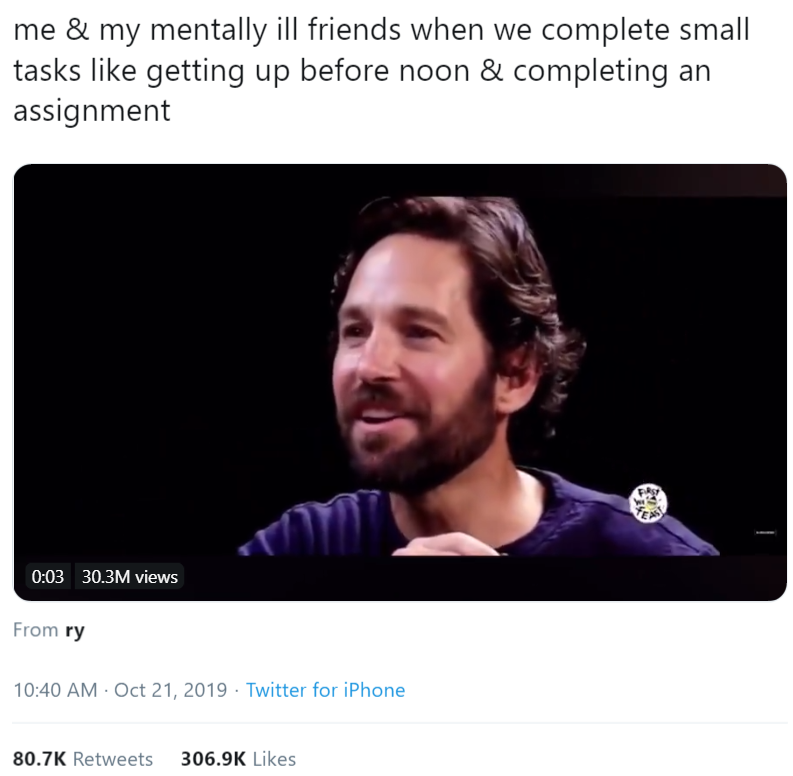 But what makes these scenes so memeable? Let’s think about the main characteristics of a meme:

Now let’s compare these characteristics to the interviews, being those in Hot Ones or in other shows that put guests in funny yet potentially embarrassing situations, such as James Corden’s Carpool Karaoke or Graham Norton’s chat show where guests are free to pour themselves some booze while talking:

Mix all of these together and you get skits and stills that digitally-able generations such as GenZedders can easily manipulate (aka add with text or simple visual effects) and share as comical reactions to basically everything.

Et voilà, the meme is served, user-created from content starring characters who are already in the hearts of the audience. The answers of the artists become the viral reactions of the public: life imitates art, and art becomes memes.