Is this A.I. influencer a window open on the world of GenZedders? 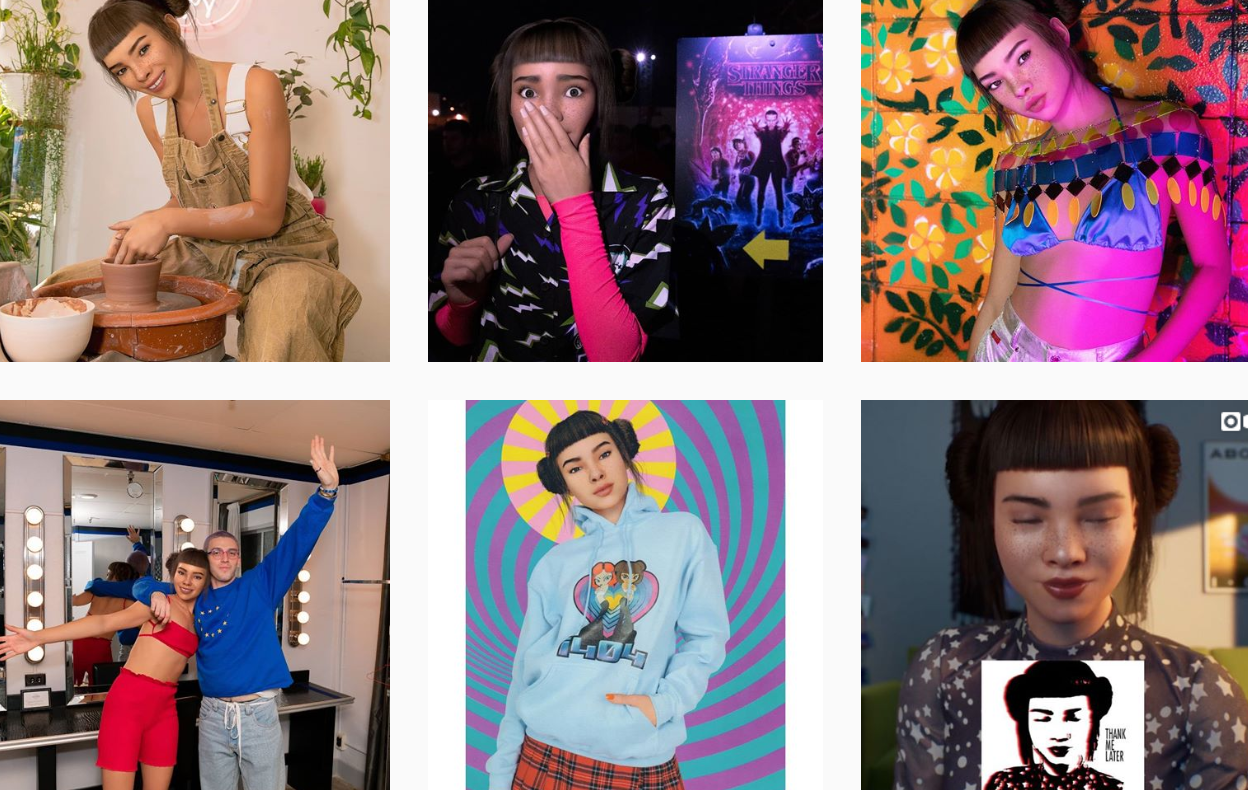 Oh, to find the perfect influencer. Someone who flawlessly fits every brand, on every occasion. Someone who doesn’t have expectations, moods, or even needs. Someone who isn’t, in fact, even that much human.

In the booming era of technology and artificial intelligence, finding the perfect influencer is starting to become a synonym of creating one out of CGI.

This is the case of Miquela Sousa alias Lil Miquela, a 19-year old Brazilian-American it-girl who lives in California, loves music, and happens to be a robot.

Created in 2016 as a digital project by robotics and A.I. startup Brud, Lil Miquela shares her bot-life with her 1.7 million Instagram followers and 73.5k subscribers to her YouTube channel of video confessions.

On Instagram, she has a 2.54% engagement rate on recent posts, putting her squarely on par with the typical human influencer.

The reason behind Miquela’s popularity? She’s not just a bot who copies GenZedders: she IS a GenZedder.

Brands are not blind to Lil Miquela’s potential either, but her collaborations seem to have an underlying compromise (as all influencer-driven campaigns do, there’s no escape to that): she can be however the brand wants her to be, but her Gen Z personality is not to discuss. And that’s not a downside at all, if the direction of the collaboration is clear.

A bold and quirky it-girl such as Miquela was, in fact, the perfect add to Samsung Galaxy’s #DoWhatYouCant campaign, together with Stranger Things’ star Millie Bobby Brown, DJ Steve Aoki and YouTuber Ninja.

Going from urban chic to pure sophistication without losing her signature hair buns, she mastered an Instagram takeover during Prada’s fashion show in Milan in February 2018.

She can be the face and the body of a new street fashion campaign, or she can pose for a museum foundation, and yet the lingo and the attitude remains.

Lil Miquela’s success seems due to her creators’ careful listening to the themes and motives that drive Gen Z — so it’s no surprise that the majority of her followers are girls between 18 and 24 years of age (source: tubefilter).

Yet the real deal is her becoming an integral part of Gen Z itself, a product of this generation maybe, but also an icon able to blur the line between disbelief and awe. While some people on Instagram react with puzzlement to her stories, others — most of them — support Miquela as one of them, encouraging her and taking inspiration from her.

And when an influencer becomes a truthful portrait of her followers, we’re tempted to define her perfect. Even if she’s made of CGI and data.