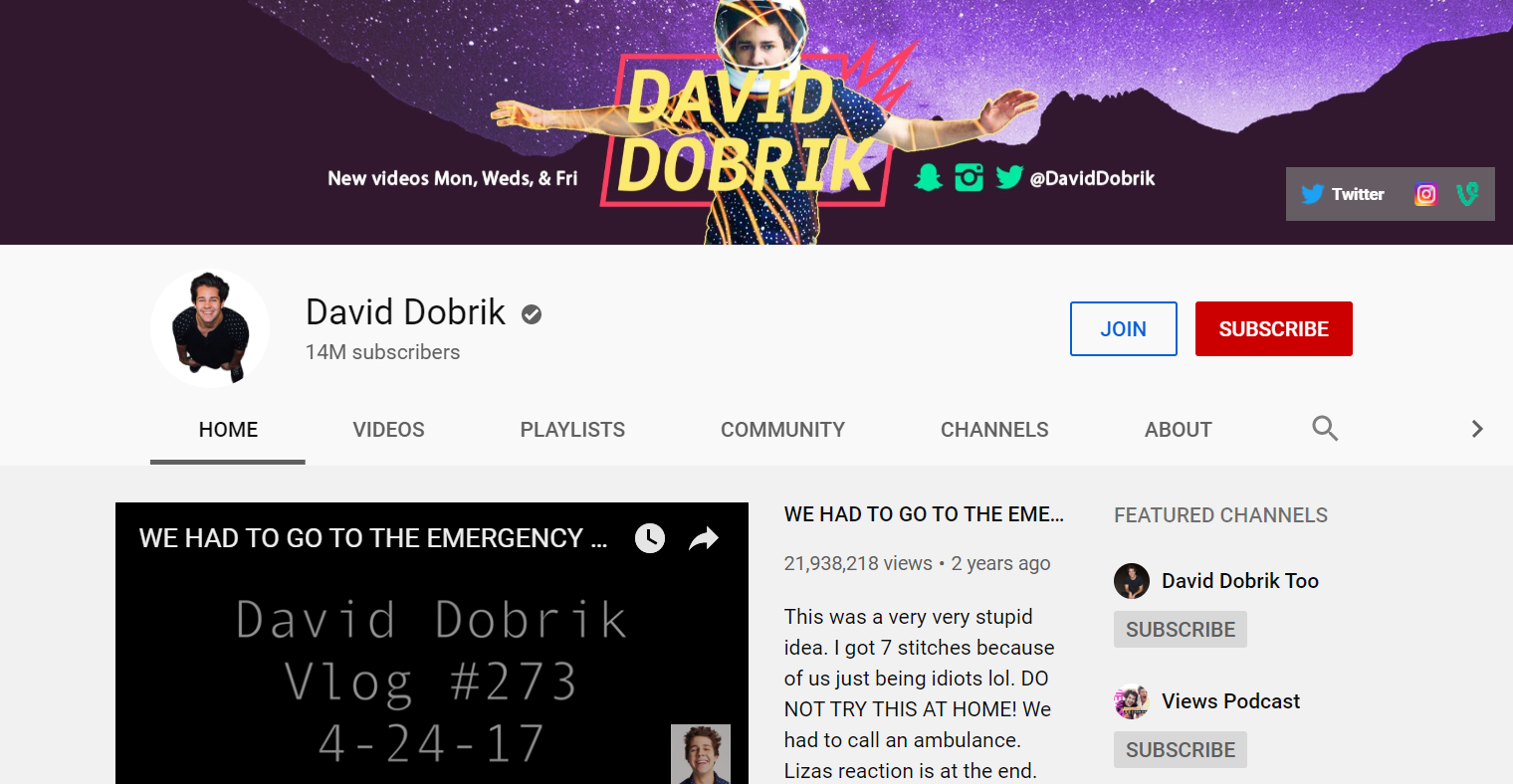 Erratic, fast-paced, hilarious. David Dobrik is the epitome of a Viner-turned-Vlogger with the mission of taking his 13 million followers into the life of a GenZedder.

Half-prankster, half-stand up comedian, Dobrik could be that personality kids look up to while saying: “When I grow up, I want to be a YouTuber”. And they may have a point in that: he spends lots of time with his friends (fellow YouTube stars Joe Vulpis, Liza Koshy, Zane & Heath and Jason Nash, to name a few), he gets on silly yet epic adventures, he expresses himself through inside-jokes, pop culture references or statement t-shirts. And, of course, thorough his YouTube channel and Vlog, David Dobrik, sided by a second channel, David Dobrik Too, where he posts blooper reels and challenges, and by a podcast, Views, created with friend and fellow YouTuber Jason Nash.

Dobrik contents mix real-life situations with exaggerated gags and stunts, playing with 2010’s internet tropes such as cute animals, product reviews, and challenge videos, and leveraging on click-baiting while mocking it (i.e., having shocking video titles in caps lock or wearing a “Clickbait” t-shirt).

His videos’ quick-cut style format and over-the-top adventures (such as marrying his best friend’s mom in Las Vegas) earned him the approval of target public and critic, and led him to win, in 2019, a Kids’ Choice Awards as Social Star and a Teen Choice Award as Choice Male Web Star.